The 2015 AMYA Sanctioned RC Laser National Championships was hosted this year by The Villages Model Yacht Squadron in Florida on January 17-18 and it was a nice warm break for the many skippers who travelled from the cold north. Skippers travelled from MI, TX, NJ, NY, MD, AL, Bahamas and all points of the compass in Florida to compete in the two day championships.

The weather and wind was the best seen at Ashland Pond in The Villages for many a regatta with 5-10 mph from the East on Saturday and turning due West 5-10 with gusts for Sunday. Most competitors will be returning home with the beginning of a nice sun tan.

Sunday dawned with the wind now in the West directly down the lake enabling Race Director Ricky Gerry to set the perfect course up and down the lake. The fleet now split into two based on the overnight score raced in the Gold and Silver fleets for the Championships.

Racing in the Gold fleet was very competitive with Dave Brawner digging himself out of some amazing situations to overtake Dave Ramos and Jon Luscomb coming back from 6th overall Saturday evening taking third, Jim Kaighin also showing his true form coming 4th whilst Ron Stephanz 5th and Alan Perkins 6th dropped back in the gusty conditions. 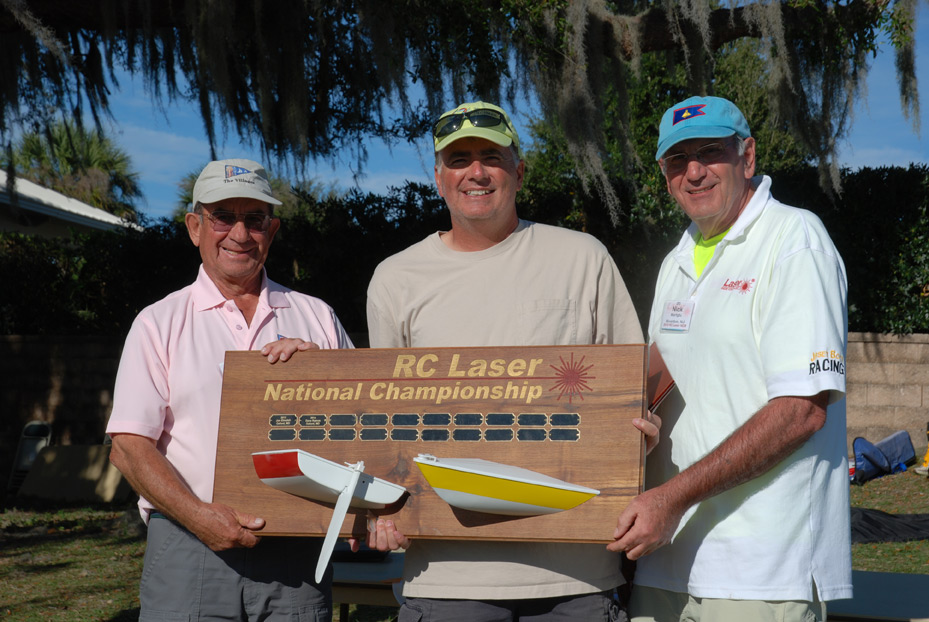