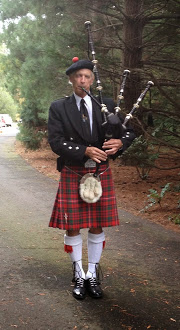 This event is a Huge Party that, by the way, included an RC Laser race. How many RC races include a Bag Piper send off? Started in 2013, this event has become one of the best events to attend and participation is limited to 15 boats. The race commemorates the failed attempt of the British in 1812 to attack Ft Stoakes at the headwaters of the Tred Avon River in Easton, Md. Harry Henkel and Roger Baldwin, from the Oxford RC Laser Fleet, created this extravaganza after the folks in Canandaigua, NY showed them a great time a few years back in their Squaw Island Race. Now, from the Baldwin compound in Easton, MD, we have a river race of approximately 4 miles in RC Lasers. Add support boat skippers piloting a variety of power boats while onboard RC Laser skippers steer their boats down and up the Tred Avon River. Imagine a tacking duel that lasts for a couple of miles. It is uniquely different and so enjoyable to make your normal short course RC race into a big boat race that lasts over 2 hours. Consider the fact that in our sport we now have a team involved in the race and lots more people involved in the event. Our RC Laser Class and sport are both quite healthy.

The A sail was the preferred choice for the start but as we proceeded into a wider expanse of the Tred Avon River we changed to B sails and then back to A for the downwind leg. Several skippers went through NASCAR-like sail changes as puffy bursting conditions followed by lulls were cause for changes. Jamey Betz and his son, Luke, grabbed the lead into the first third of the race and held off the fast closing Dave Brawner, President of AMYA, with Bill and Warren Neff piloting. Third went to David Ramos with walk on, Sue Lowery, who enthusiastically volunteered to pilot Dave’s Boston Whaler. Yeah, the race was fun. The real part of the event is the full blown cocktail party, followed by prize awards followed by a sit down crab feast followed by entertainment by Bird Dog and the Road Kings, a famous Eastern Shore band. Interspersed in there was a full RC model boat display, great story telling, singing of the Ft Stoakes Ballad, a few jokes and the wider distribution of the now famed Tred Avon Sunset cocktail. Recipe provided upon request. Huge thanks and three cheers go to Harry and Jeannie Henkel and Roger and Rosemary Baldwin for making a simple RC Laser event into a wonderfully enjoyable people experience among sailing and boating friends. RC Laser fleets should think about hosting your own distance or around an island race. It involves more of your friends and is a great twist to enjoying RC racing.

Pictures from Bob Roe and Ann and Charlie Webb. More pictures will be available shortly. 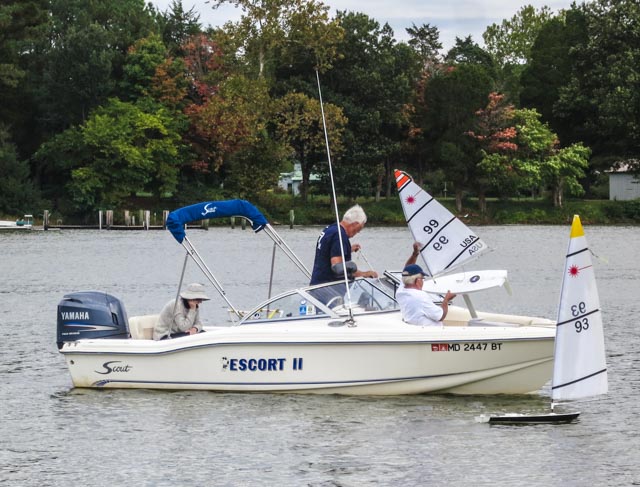 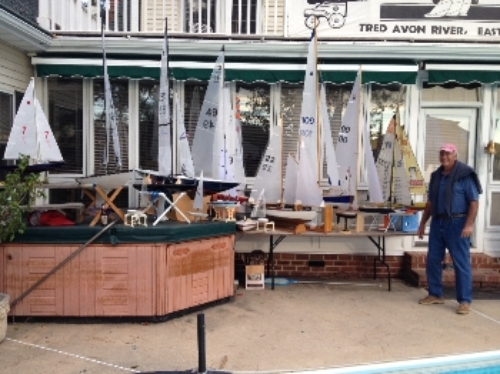 Nick Mortgu with over a dozen RC model yachts 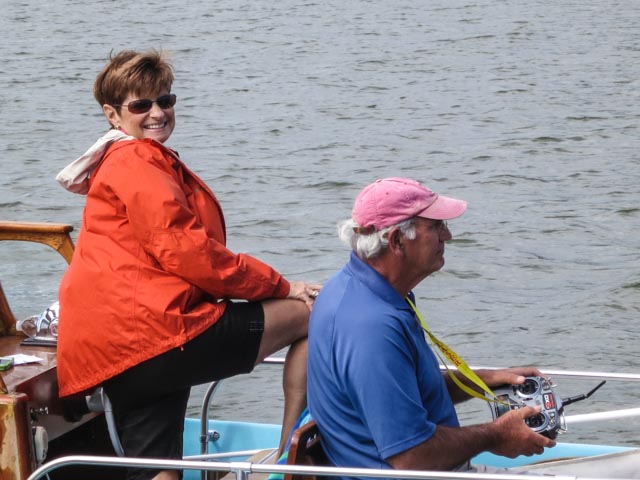 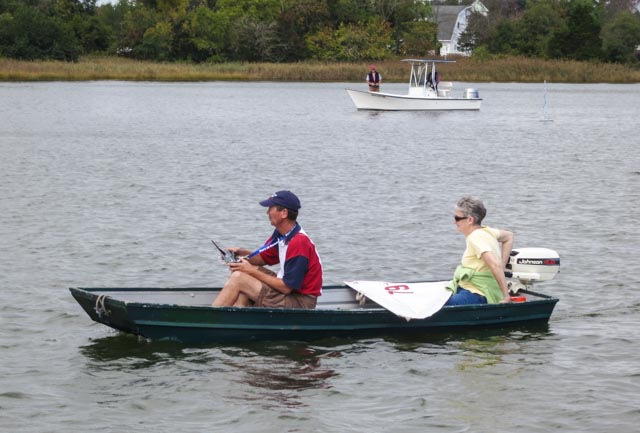 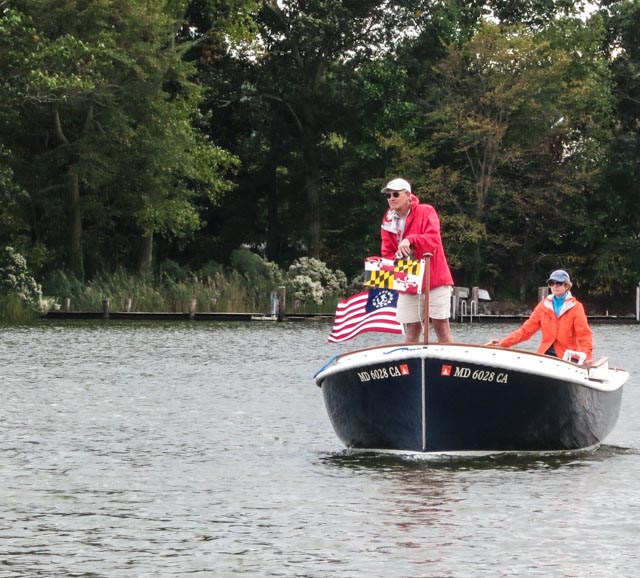 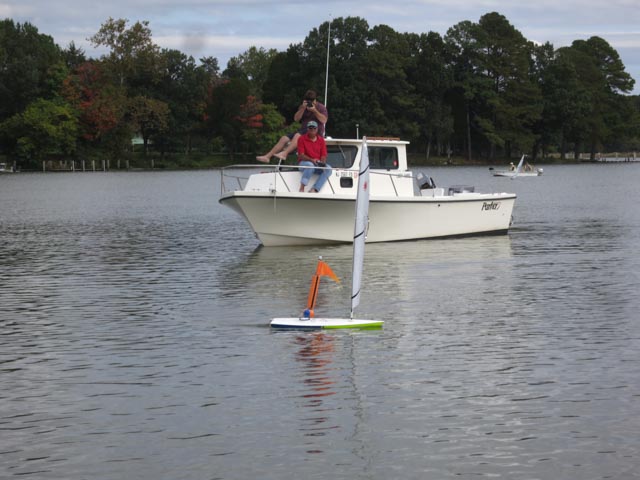 Dave Brawner and the Neffs round up and head home 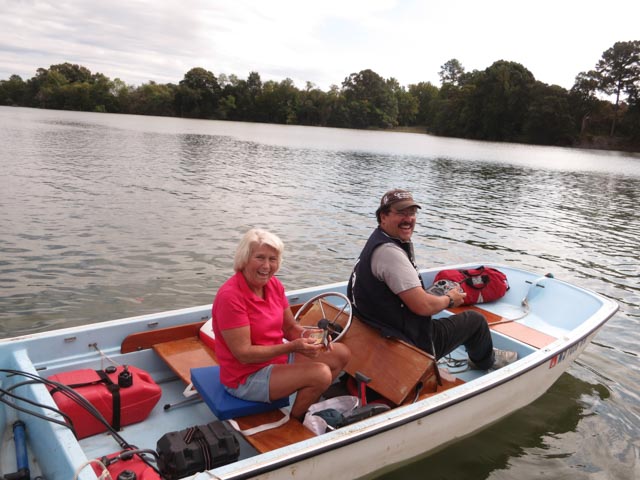 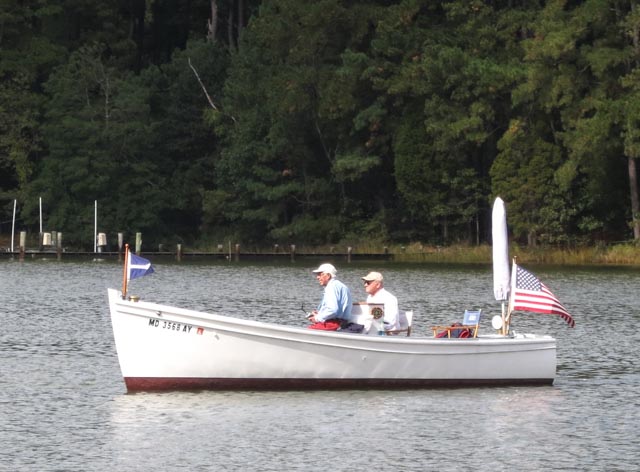 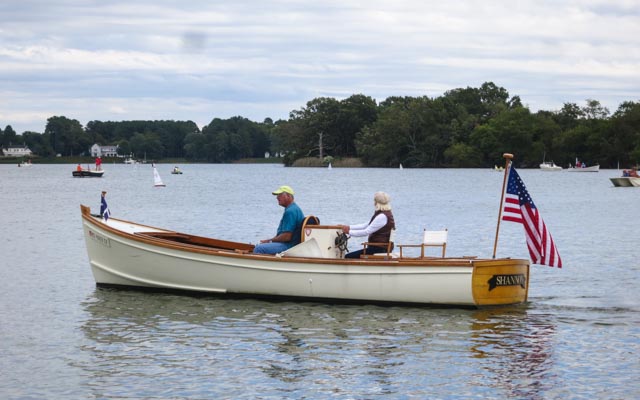 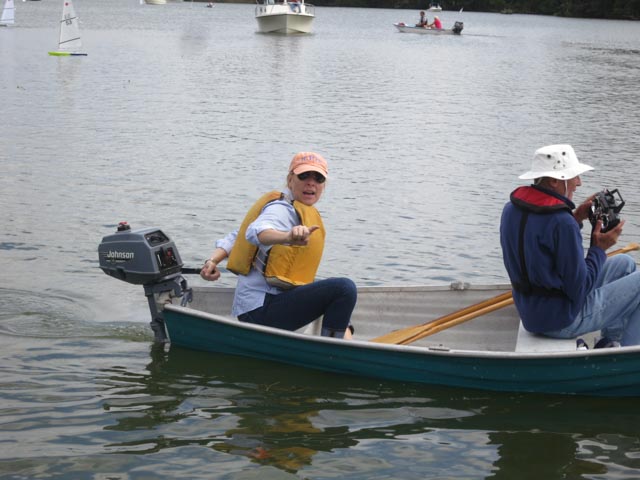