We had another great turnout for the second round of the 2012 RC Laser Tour of Abaco in Treasure Cay.

Winds out of the NNW were not conducive to a good race course. The windward mark had to be set close to shore, the starting line was well offshore at a bad angle, and the leeward mark was all the way across the harbour. Not to mention the afternoon sun was blinding us throughout the day.

We did have winds at about 7-9 mph, with a few gusts and lots of wind holes. The winds at the windward mark were extremely shifty since it was so close to the seawall. 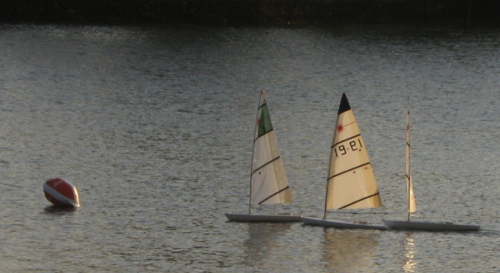 On the previous day, the harbour was full of weeds. Ylva Ljungholm took it upon herself to take the kayak out and clean out all of the weeds from the harbour. That was quite a job and a big pile of weeds. Thanks Ylva. 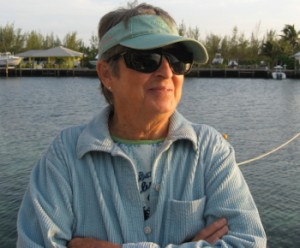 Robert Key joined us after a long absence, he won race 3 and was 4th overall.

Charlie Cooke stayed far away from kayaks and stayed dry this week. Rand Key won the last race and finished 3rd, Anders Ljungholm also won a race and finished a solid 2nd. Jim Kaighin won 6 of the 9 races and won the day.

Thanks again to our race committee Lenore and Ylva. Lenore has now found a use for the binoculars.

Thanks to Loren for setting the race course. And thanks very to Anders and Ylva for that good cake and soft drinks.

Who Will Win the Mid-Winter Championship?