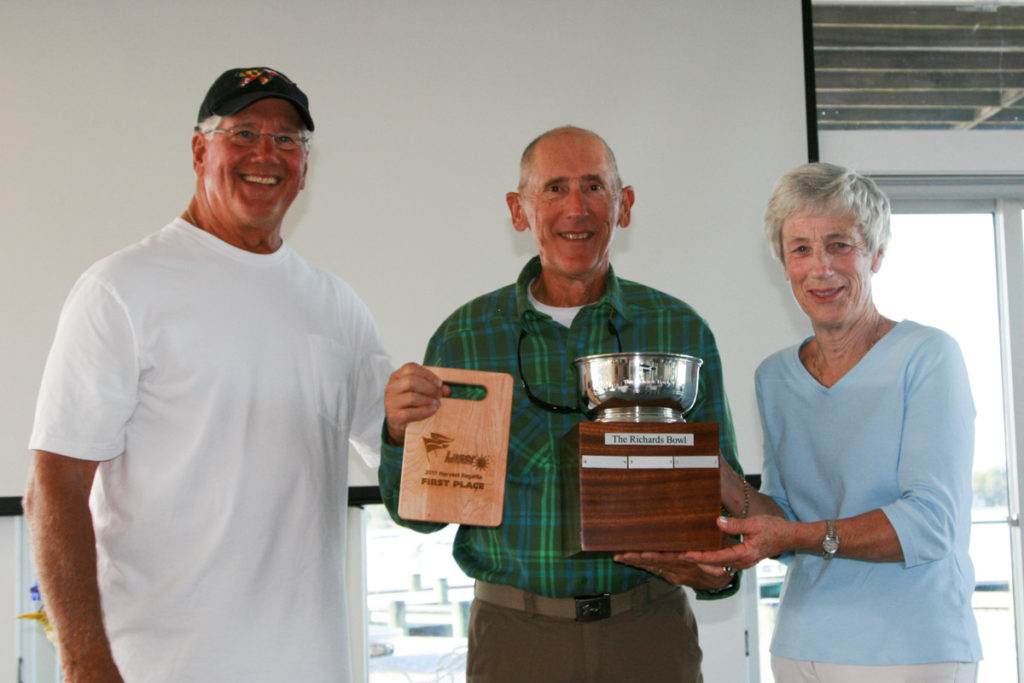 The 2017 edition of the Harvest Regatta was a great success. In spite of the nail biting frustrations of light winds that went 180 on us, and a current that changed direction mid day, we were able to grind out 11 races for the 14 skippers who came to race.

After five races, Oxford’s Don Barker had reeled off 3 firsts, a second and a fifth. West Jersey Fleet’s, Jim Flach, was one point ahead of Dave Branning but both were 9-10 points behind Barker. Raleigh’s, Rick Ferguson was close behind Branning. After the lunch break, the wind went to the SW and Barker hit a rough patch while Branning goes 1,1 to take the lead. That was short lived as Don finished out the day with a 1, 2, 1, 3 to put Branning and the fleet away. In the end Barker and Branning had won nine of the 11 races. Roger Vaughan also had a good afternoon, winning the last race moving past Jim Flach (who won the other race) to grab third for the regatta. Congrats to fleet mate, Ryck Walbridge in seventh, who consistently grabbed good starts at the pin to impress us all.

Thanks to all who came from afar including Rick Ferguson and Tony Corkell who came from North Carolina, with Corkell arriving at the TAYC dock aboard a beautiful cruising sailboat. Charlie Sumner came from Orlando, FL to join the competition. Thanks to Skip Hall for volunteering to be our PRO and to Bonnie Richards for her scorekeeping efficiency, aided in the end by Chris Tochko.

We had a few firsts for the Harvest Regatta. This was the first time since I have been organizing regattas the Staples printed large scoreboard actually had no additions, deletions or corrections after printing. Secondly, we had no boats ask for a five minute hold nor rescued for the whole day. A perfect report card also goes to the sportsmanship of the fleet as there were no questioning of penalty turns requested. Finally, it was a pleasure to introduce The Richards Bowl, a perpetual trophy named for fleet mate, Dick Richards and wife Bonnie, as they were always together sailing, supporting and enjoying the fun of RC Laser sailing at TAYC. Thanks to Harry Henkel for creating the handsome wood base for the pewter bowl.

The venue of the Tred Avon YC was perfect as hostess Nancy and chef Tom made sure we were well fed in case we spent the day waiting for the wind. A perfect venue and atmosphere for the whole regatta. Thanks to Bob Roe, John Tochko, Doug Reedy and Roger Vaughan for getting the buoys and the course perfect. Thanks, too, to Jim Flach for the pictures first thing this morning.

Final Results with one throw out for the 11 races: 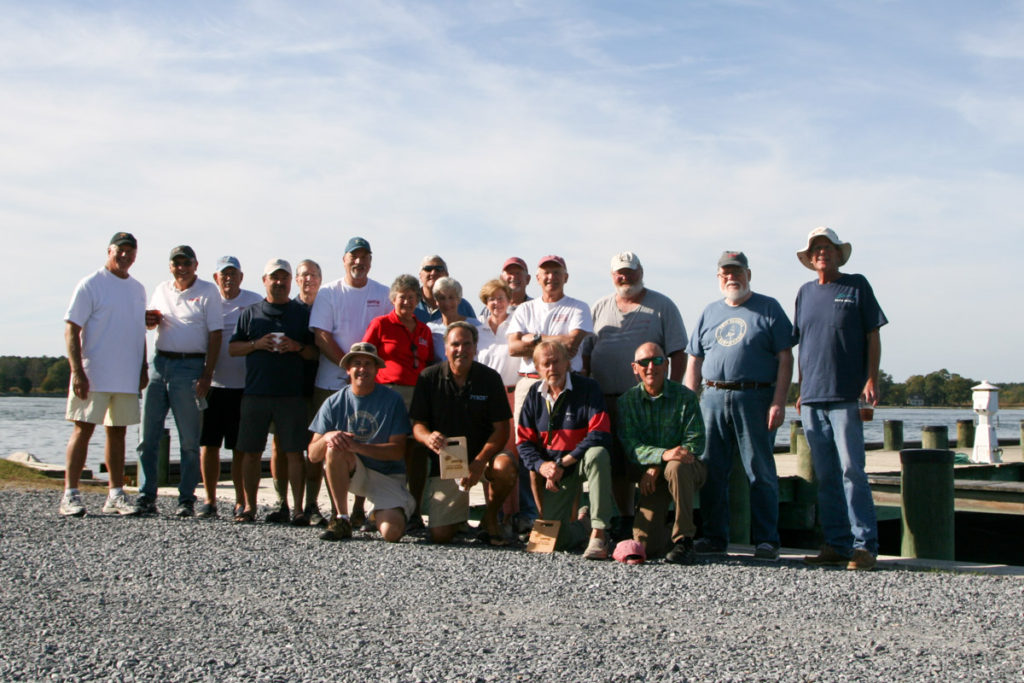