In West Jersey the Shamrock Regatta marks the beginning of the season. This year, due to poor venue conditions, it was postponed long enough to hold a combined regatta including the Region 2 RCR. The location was Cooper River Yacht Club in Collingswood, NJ.

The day started with a light rain then more rain which continued on and off all day. It was not the best of conditions but during the breaks it gave the group a chance to reunite after a long winter break. The fleet was represented by skippers from NJ, PA and MD. Roger Baldwin, who winters in UT, made it home for this regatta as well as Mike Campbell who came up from FL to help RD. The winds were 4 to 10 and 12 races were completed with 1 throw out.

It was nice to see Cape May Ray back sailing with us after a long battle in the hospital. Most improved has to be Konrad Richter who with every regatta is gaining on the fleet.

Awards were given to the top 5 competitors for this regatta. Fine glassware for awards and each skipper went home with an RCL commemorative T-shirt.

Thank you Jim Greenfield and Mike Campbell who served as race committee. 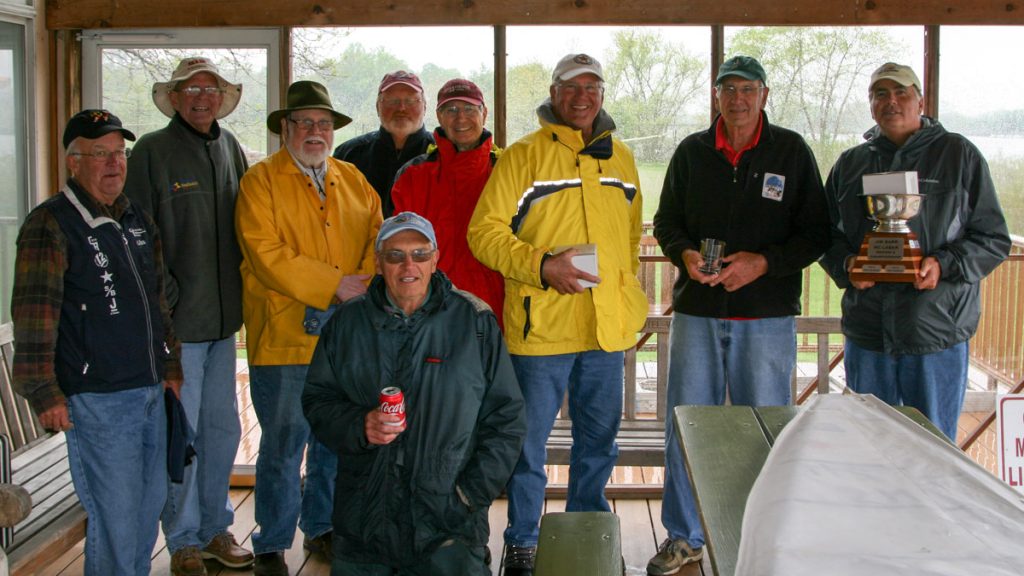