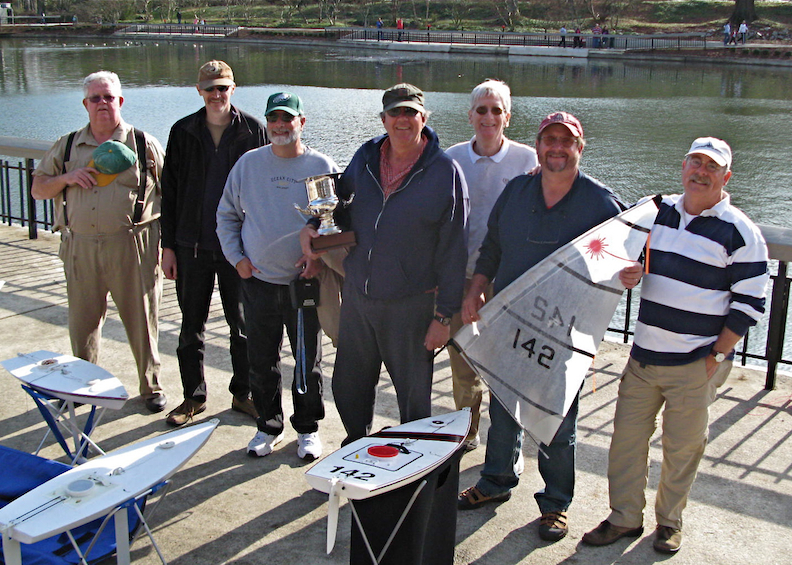 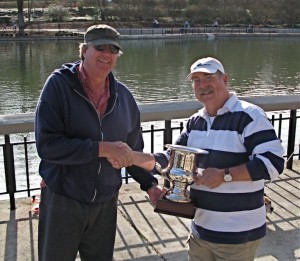 Well, we have kicked off the New Year with a model yacht race, and the First Annual Hangover Cup is in the record books. Thank you all for coming, especially those who drove long distances to be here. You really made the day, and I appreciate your making the effort. It was a glorious day, sunny and warm; plenty of wind, but down on the water it was from every point on the compass, sometimes seemingly at the same time.

There can be no doubt to anyone there that Bob Szczepanski won the day, often leading the field by the length of a leg or more – in the most challenging winds in which I can ever recall sailing. A well-deserved first place and a proper champion!

When we got home Denise commented on the lack of cussing today (unusual for fluky wind days)… I said there was no cussing because the winds were so hopeless nobody even got frustrated. You only get frustrated when you think you have a chance!

John Amoroso turned in a great performance with a borrowed boat for second, having never raced a Laser before; Tim Key from Greensboro was third, also having never raced a Laser before. Rick Ferguson finished fourth, and the less said about this the better. Sam Davis drove from Norfolk to finish 5th and our own Larry Anastasi and John Foust rounded out the fleet in that order with occasional flashes of brilliance (about all any of us could hope for except for Bob). 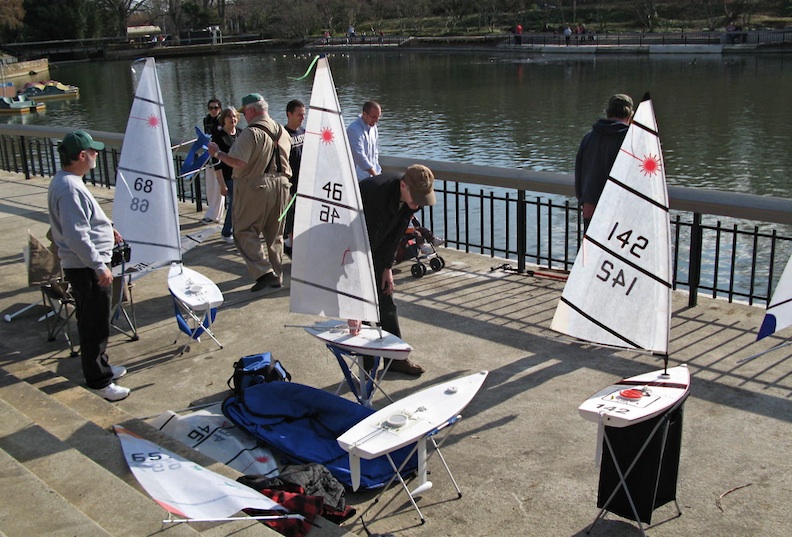 There was lots of interest and favorable commentary from other park visitors, and clearly sailing at Pullen would be good for recruiting – but if sailing conditions were poor there today with 10-15mph steady winds above the trees, I don’t know when they would ever be good. Oh well, if you don’t try, you don’t learn! Thanks guys, it was a good day with good company.

Happy Gnu Ears to all!

The Hangover Cup Notice of Race