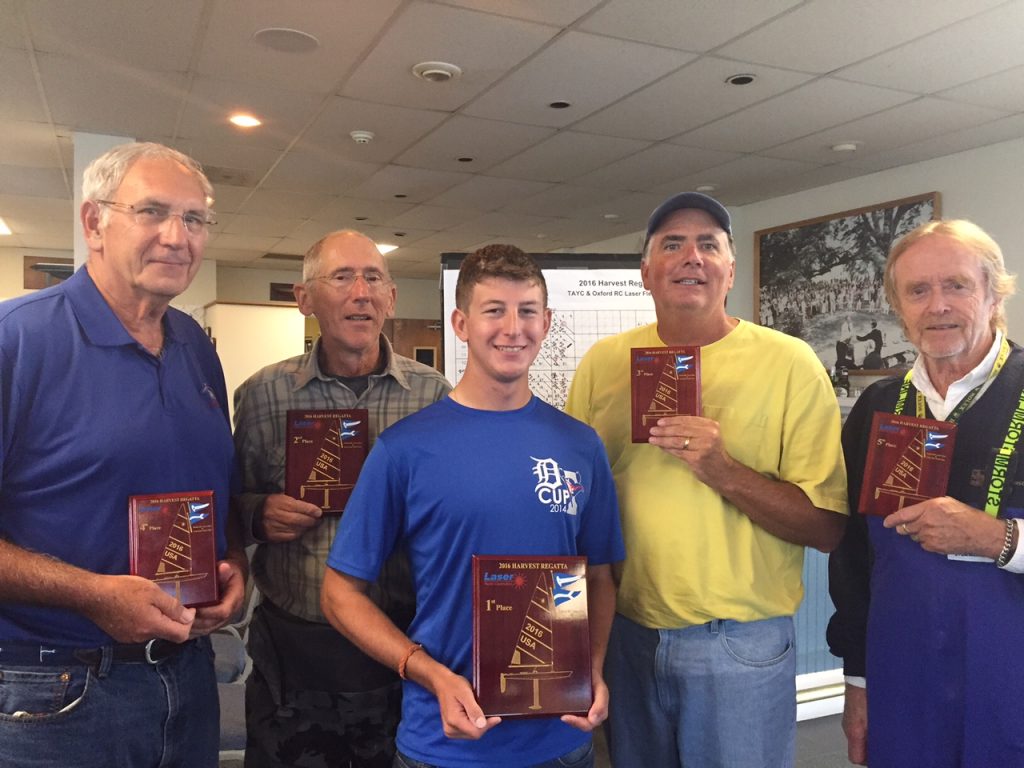 This was another Oxford fall regatta to remember. With different weather patterns predicted due to hurricane Matthew the usually large RC Laser fleet had 18 hardy skippers arrive the morning of the regatta, some traveling from as far as Florida and North Carolina to enjoy the eastern shore of Maryland.

Regatta chairman Pete Bailey held his skippers meeting and sent the fleet out to sail. The RC Lasers hit the water at the same time the rain started hitting the water. Rain suits and radio covers were now needed as the rain never stopped. A few boats had some internal problems and five radios crapped out due to water, but this did not stop those who came to sail. Because of the excellent race course and great competition, the sailing went on despite the foul weather.

The racing started out sailing with two fleets, but was combined down to one large fleet after the drop outs from radio and boat problems. By lunch time the fleet had completed 8 races. After a great lunch provided by Tred Avon Yacht Club, the remaining skippers voted to wrap it up since the weather was not getting any better. The vote was not unanimous – there was one unnamed skipper who voted to trudge on. Racing was over for the day!

Thanks to race committee and score keepers who endured the inclement weather as much as the skippers; Tott O’Mara, Claude Meckling, Elaine Hepkin, MaryLee Cale and Steve Hopkins.