This year’s regatta was hosted by Cooper River Yacht Club in Collingswood, NJ. Friday’s practice sailing gave the traveling skippers some time to enjoy the free sailing followed by a cookout at the Yacht Club. Vice Commodore Tommie Ann Gibney was our regatta host who’s southern (Jersey) hospitality was enjoyed by all the visiting skippers and guests.

Saturday’s race day, which had the best weather so far this year, was a perfect B sail breeze for both the seeding races and the Gold and Silver fleet final series. Winds stayed out of the southwest with only small wind shift changes from the initial course. Race Director Jim Greenfield kept the seeding races moving in order to separate the Gold and Silver Fleets by lunch. After lunch the qualifying Gold Fleet hit the water and sailed two races followed by two Silver fleet races. Sailing continued until 4pm. Both Rob Seidelmann and Dave Brawner won two races in the Gold fleet to separate them from the rest of the fleet. In the Silver Fleet Jeremy Macan won two races with Greg Ryan and Frank Scalisi each winning a race. Saturday night’s dinner was an Italian feast which followed drinks and snacks hosted at Cooper River Yacht Club.

Overnight the weather changed so drastically that the races were cancelled for the second day. Special awards presented were to Bill Bentz, traveling the furthest Fort Lauderdale, Jeremy Macan highest scoring skipper from the largest away fleet. Joe Paradine was awarded a new B sail by the class secretary, who said he’d never seen anyone sail with a B sail in worse condition!

The proceeds for the regatta and the RC Laser raffle benefitted the Cooper River Yacht Club Junior Sailing Program. Thank you to all that participated in the raffle. 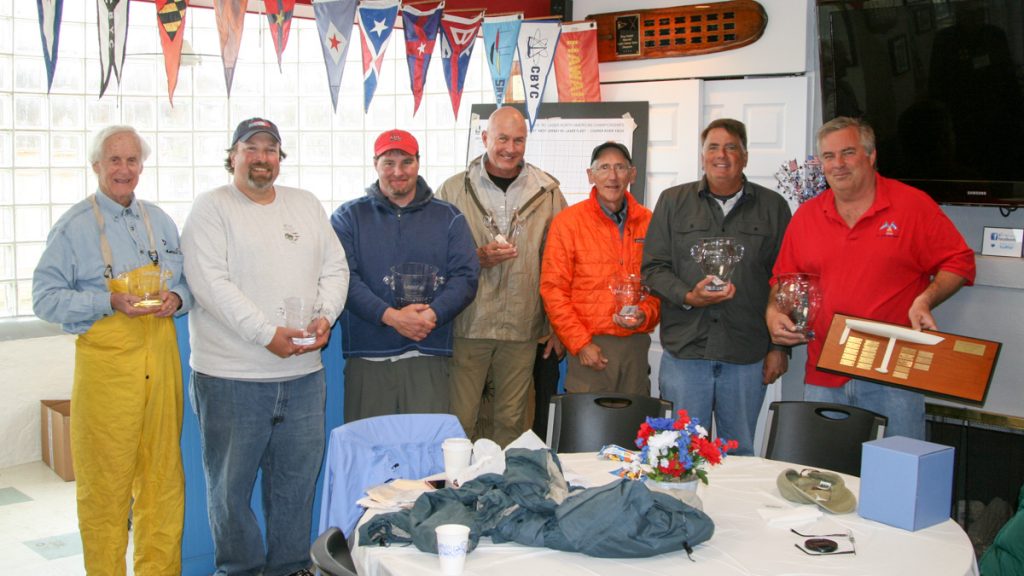