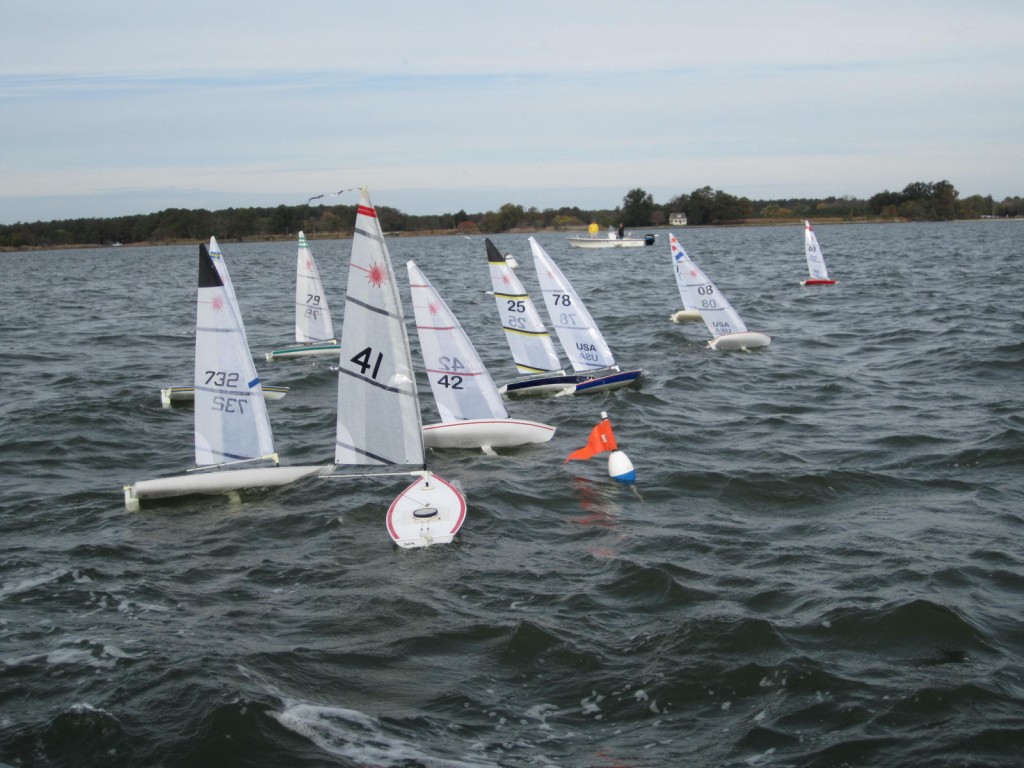 Chestertown, Maryland’s, Don Barker, grabbed the Region II Championship at Tred Avon Yacht Club in Oxford, Maryland on October 27th.  The Oxford Fleet presented a perpetual trophy in honor of Jim Karr, who brought the first RC Laser fleet to the Mid-Atlantic area. The trophy will be the Jim Karr RC Laser Region II Trophy and competed for annually among the region’s RC Laser fleets. With freshening Northeast winds on the front end of Hurricane Sandy, the 17 boat fleet donned C sails and braved a tricky chop for 18 heats of Promotion Relegation sailing. Fortunately the weather was in the 60’s and no rain arrived. Don nosed out West Jersey’s Ryan Lippincott by four points and fleet-mate, Roger Vaughan by six points. Jim Flach, sailing in only his third RC Laser regatta, grabbed 4th place and Manhattan’s Hank Buchanan rounded out the top five.  The top four spent the day consistently staying in the top fleet while the rest of the fleet moved up and down the two fleets. At one point in the day, Bob Roe sailed in 6 heats in a row between the A and B fleets. As a testament to skippers paying attention to boat management, we had only a couple equipment holds for the entire day. 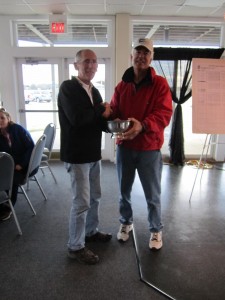 Here is link to pictures from Jim Flach

Link to Pictures from Bob Roe