Dave Ramos won the 2016 RC Laser Championship Regatta held on the beautiful location of the Tilghman On The Chesapeake YC in Tilghman, MD. Fourteen skippers showed up early Saturday morning to the unusual conditions of a glassy Chesapeake Bay. By mid morning enough wind had settled in to set a course in the Bay and to begin racing. During the day the course had to be reset several times to take advantage of the best wind. Unfortunately everyone had to contend with the occasional weed/grass loading up on the Laser’s keel or rudder. Oxford’s Roger Baldwin and Bob Roe dropped out of racing after 2 races to help clean grass off keels and rudders and shift course marks to keep the Regatta moving. Eight races were completed with eight different skippers winning a race. Each skipper was given a drop for every 7 races sailed, and everyone needed it. Dave Ramos won by just being the most consistent sailor with no scored race being less than a 5th. Second place went to Jim Flach who was also very consistent, and third place went to Hary Mote. Special thanks go to Claude Maechling for being the PRO for the event and the help of Elaine Hepkin and Clare Barker during the regatta. 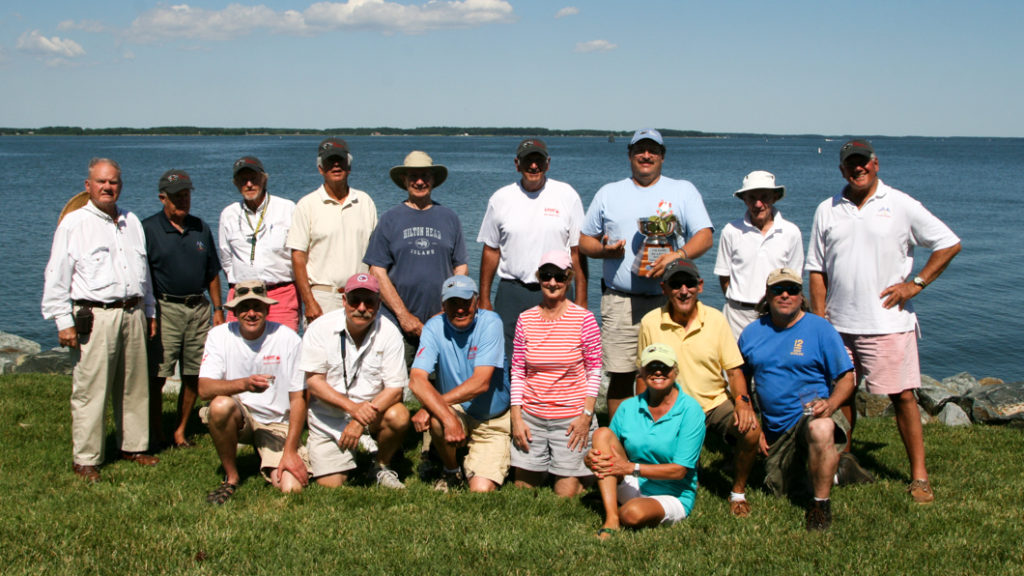