What a great team of Harvest Regatta skippers: Thanks to Bob Roe who has this photo drill down to a crisp execution. Here’s Bob’s regatta pictures:

One of the emotional pleasures of running or racing in the Harvest Regatta is that the trophy (The Richards Bowl) is named in honor of Dick Richards, who we lost two years ago. Dick was one of the original members of the Oxford RC Laser Fleet when founded over 15 years ago. I still wish he was on the dock with us enjoying our hobby. Cheers, Dick.

It’s great when all things come together for a regatta and the 2019 Harvest Regatta was no exception. Early registrations were light; the weather forecast was wet; we had two many trophies for the low number of skippers. All that changed in the last week leading up to the event. Skippers came out of the woodwork from CT, NJ, PA, MD, NC and NY to make this one of the most fun RC Laser events in a long time. The bonus to the day, other than no rain, was that more than a third of the 26 boat fleet was racing an RC regatta for the first time. Fantastic! That fact alone makes for a perfect opportunity to have the experienced skippers lend a helping hand on sail choice and trim. They even suggested tactics in negotiating an RC Laser in a slight current with dying breezes, an art form. We often remind ourselves of Dave Brawner’s advice: “We are adults, sailing toy boats.” It’s the people experience that makes an event worth the time invested in our hobby.

The forecasted 5-7 knots of wind was pretty spot on most of the day but occasionally an “8 to 12” blast” would show itself, and the wrong sail choice hampered several skippers during the day. We stayed in the A and B sail range all day. The good news we had no rain and the spirit on the dock was lively and positive with lots of good laughs. This was a first class group of well behaved skippers including the addition of 11 year old Hartley Cooper, of Tred Avon YC, who was racing his RC Laser for the first time. Well done, Hartley.

We were able to sail 5 seeding races in the morning and Dave Ramos, Fred DeSantis and Jim Flach were the leaders followed by Jamey Betz and Mike McGuckin, one of our first timers.

After the terrific hospitality lunch from the team at Tred Avon YC, we divided the fleet into Gold and Silver 13-boat fleets, and sailed two gold races then two silver races in that order the rest of the day. Gold was able to get in five races and the Silver fleet four before the day was concluded. This was a tougher part of the day for all as everyone at the top of each fleet seemed to garner a mid-fleet score or two, which kept the points tight.

In the Gold Fleet, Jim Flach turned up the afternoon heat and had a 2,3,4,5,5 line, erasing a 6 point morning deficit to catch morning leader, Dave Ramos, who had to count a nine and a six. Jim also jumped over Fred DeSantis who had a hot morning with two seconds and two firsts to start the day but could not keep that pace in the afternoon. Jamey Betz hauled himself up to third place with two firsts and a second in the afternoon. Oxford’s co-fleet captain, Roger Vaughan, and Raritan’s, Frank Scalisi, both had great afternoon scores to move into fourth and fifth respectively.

In the Silver Fleet, Annapolis first timer (in an RC regatta), Pete McChesney beat Raritan’s Mark Daddino on the tiebreaker to take first place with local John Yates grabbing third over Konrad Richter, who won two races of the four sailed in the afternoon. Fifth place in Silver was Mike Wash, from New York, who was racing his RC Laser for the first time.

The team of Bob Roe, Roger Vaughan, Bonnie Richards and Claude Maechling, all from the Oxford RC Laser fleet, were terrific in all the support they provided with course mark placement, chase boat duty, scorekeeping, photography and all out enthusiasm. Appreciation also to Mary McGuckin, who jumped in to help me post scores in the afternoon. A special thanks to Skip Hall, a professional RC action figure, who kept the RD on his toes and moved the day along for everyone on the dock. Thanks to everyone who came and brought your share of fun to the day. Loved the new and old faces and, of course, I loved that Jim Flach won a big regatta. Well deserved, Jim. 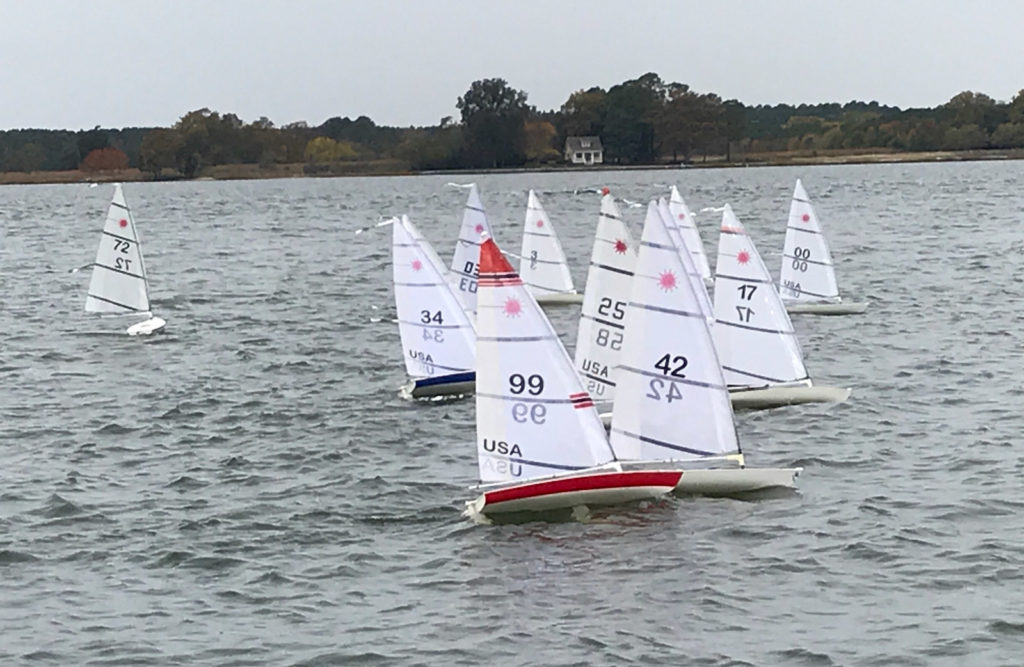 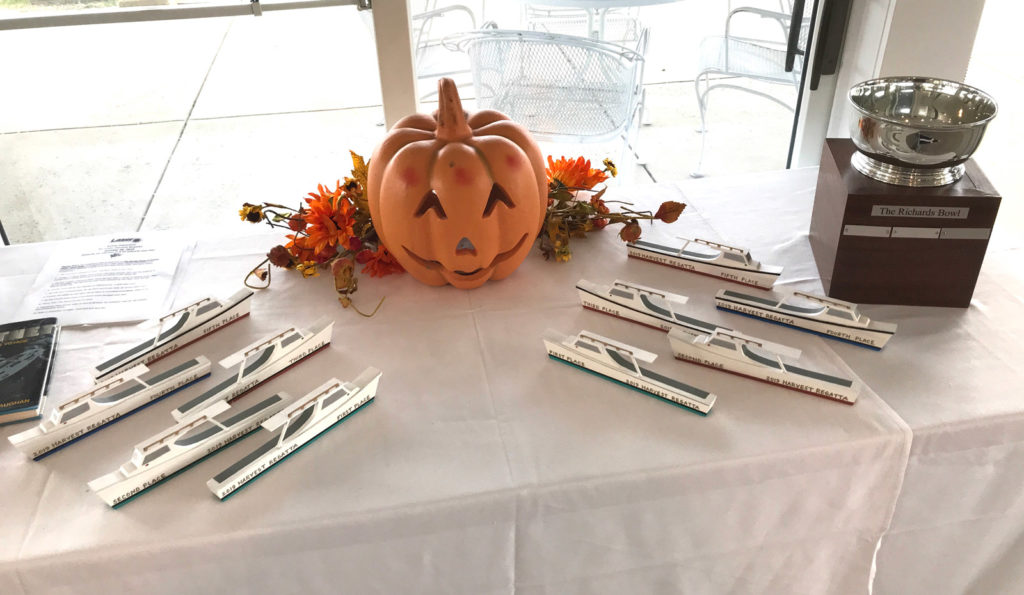 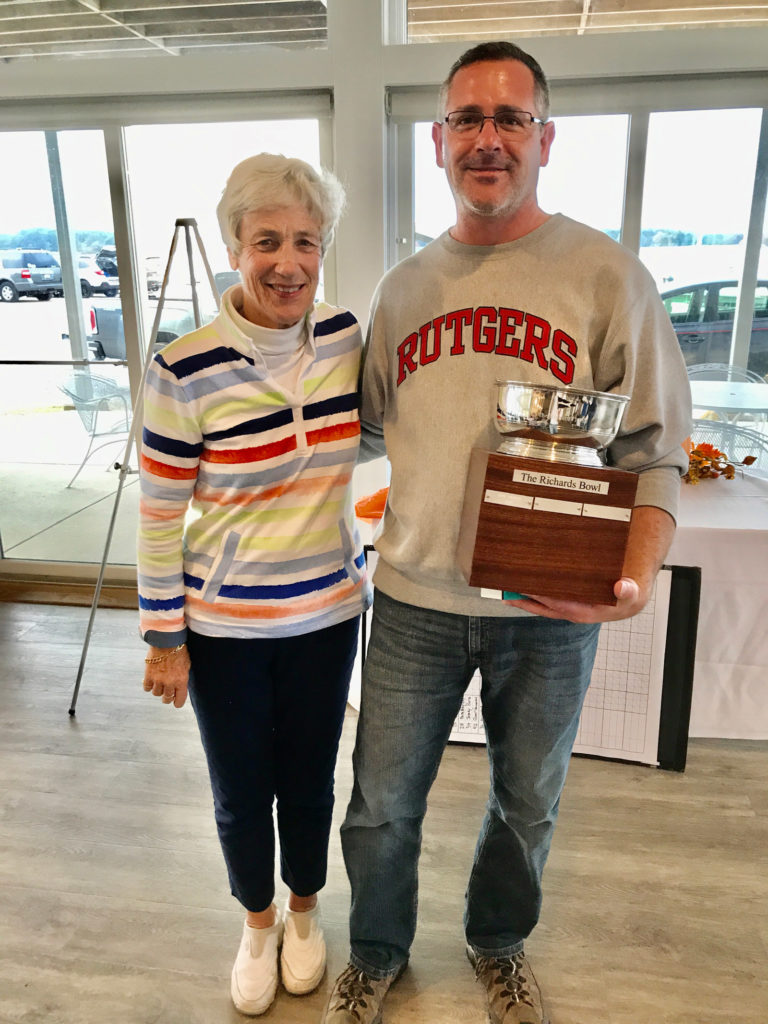 Dates announced for the 2020 Snowbird and Mid-Winter Regattas