Weed-gate. Free Rocky. Ok I have that out of the way!

After a few major hurdles Rocky and Mary Lee Cale hosted another great RC Laser Mid-Winter Championship Regatta at Frank Mackle Park in Marco Island FL. This is one of our RC Laser Class’s longest running regattas, continuing for 14 years. The regatta site is one of the best in the country. The skipper area is about four feet above the pond with a floating dock for launching, and there is a shaded area with tables for lunch, and bleachers for viewing the regatta. Each year this regatta draws skippers from around the country as well as lots of spectators.

The Silver fleet was won by Jim Flach from Pottstown PA with 32 points followed by Marco Island’s Joel Krissoff with 46, beating out Chuck Weaver from Naples FL by one point.

Congratulations to all the RC Laser skippers who attended this year’s event.

The Midwinters are always a full weekend of activities and catching up with old friends. Practice races Friday were followed by a dinner at Marco Island Brewery. After Saturday’s racing all the sailors and guests converged on the Marco Island Yacht Club for a fun time and a wonderful dinner with lots of fun, tales and ales! After racing and awards it’s off to Stan’s Idle Hour at the southern end of Marco where we bid farewell until next year – after enjoying the music and cocktails.

Having past AMYA President Dave Brawner as RD and his experienced team of Nick Mortgu, Class Secretary, Elaine Hepkin, Lisa Brawner and Beth Lippincott ensured a perfect race recording, and MaryLee Cale as chief scorekeeper (and Beth as math checker) did a quick and efficient job of tallying for the presentation of fine crystal trophies.

Hope to see you at the Midwinters next year! 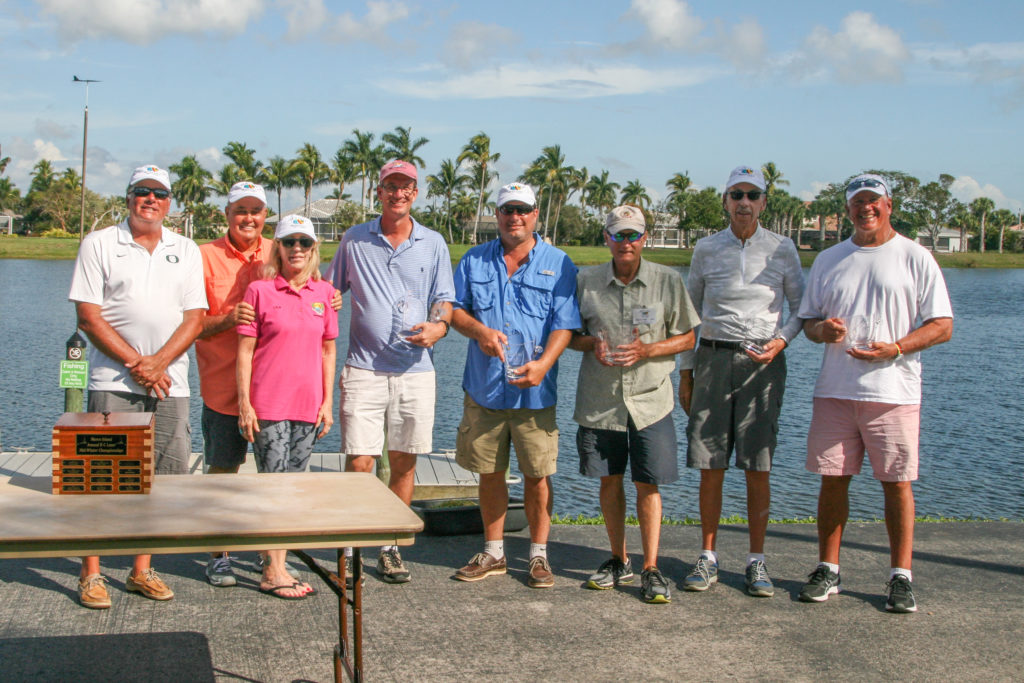 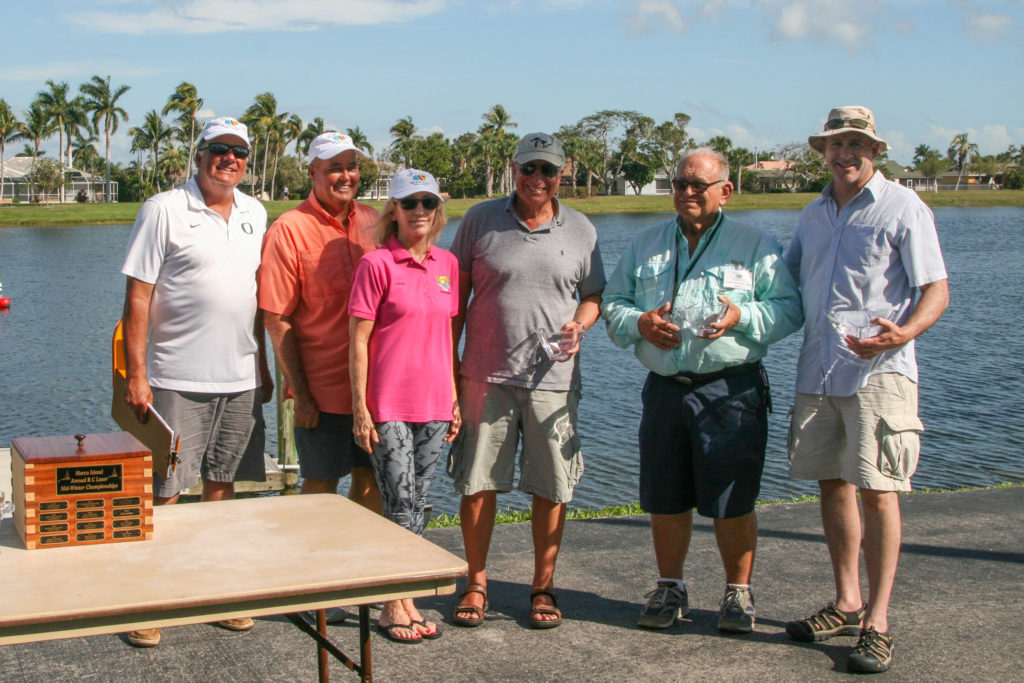