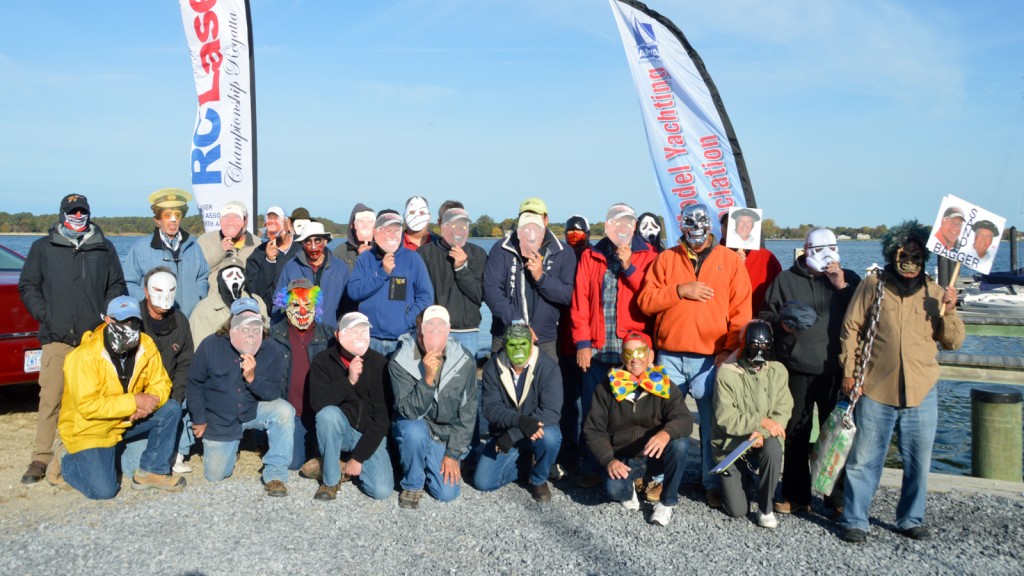 The Tricks On You!

The Tred Avon Yacht Club opened its doors to RC Laser sailors, who came to attend the Oxford Fall RC Laser Regatta. Twenty four sailors came from Northern New Jersey, North Carolina down to the Southwest coast of Florida for this event. The regatta was sailed using the signature RC Laser Gold and Silver fleet system. You could not have asked for a more beautiful day, great sailing, and a grand luncheon provided by the Tred Avon Yacht Club. The winds for the day started from the east and moved to the southwest for the afternoon. A sails were used by the majority for most of the day.

Ken Shaw from Essex, VT served as Race director. Rounding out the rest of Ken’s team were Mary Lee Cale, from Marco Island, Skip Hall from Neptune, NJ, and Elaine Hepkin with Bonnie Richards from the Oxford Fleet. Ken randomly separated the fleet for two sets of seeding races. Then the rest of the day skippers sailed in their silver or gold fleets for awards that are given in each fleet. When separated, both fleets showed how deep the talent went. In the gold fleet seven of the twelve skippers won races. Dave Brawner won the gold fleet top honors. While four of the silver skippers won races. They were Mike Campbell, Victor Oberg, Fred DeSantis and Cape May Ray (Szulczewski). Roger Baldwin won the silver fleet with his consistent sailing. Roger was also awarded the sandbagger award for his third win in a silver fleet.

We have found that while each of the two fleets are racing, the out-of-the-water fleet is cheering on the fleet racing and vice versa. The other opportunity is that the gold feet skippers can mentor the silver fleet skippers after the races. These are a few of the reasons that the RC Laser Class is rapidly growing and drawing some of the best RC skippers in the country to its regattas. Our Gold fleet included four EC 12 National Champions. You can learn a lot sailing against Jamey Betz, Dave Brawner, Dave Ramos and Danny Thomas.

Thank you to Tred Avon Yacht Club, regatta chairman Dave Branning, Ken Shaw and their teams for a spectacular regatta.