West Jersey’s Rob Seidelmann wins the 2013 Shamrock Regatta over 17 boats. We sailed 7 races in the Odds and Evens format, with one throwout, breaking at noon for the traditional pizza and soda lunch. This annual March event was moved from Cooper River to the historic Riverton Yacht Club on the Delaware River in Riverton, NJ due to a conflict with the rowers schedule on Cooper River. The decision was a good one as we had great courses and plenty of Southwest breeze to keep the B and C sails filled for the entire day.

Seidelmann was closely pursued by Ryan Lippincott who finished 2nd only one point behind. Seidelmann’s races were 2, 1, 2, 1, 3, 1, 1 and Lippincott’s races were 1, 1, 3, 2, 1, 1, 3. They each threw out a third. Great Sailing! Seven different skippers won at least a heat. Good competition as usual in this area of the country.

West Jersey’s Jamey Betz was third and NA Class Secretary, Dave Branning, finished fourth and Harry Henkel fifth. Branning and Henkel are from the Oxford RC Laser Fleet. This was Harry Henkel’s first regatta prize in 10 years of competition and he was thrilled to earn a place on the podium. Harry’s enthusiasm was obvious as he spontaneously thanked several people for all their help and encouragement . He did mention, as he gazed at his old fashioned glass prize, that it probably cost him $10,000 invested over 10 years to get to this trophy. Harry was the highlight of the regatta for many of us as he always shows up and works hard to improve and he sailed well to earn his spot in the awards over some very good RC skippers.

Thanks to West Jersey Fleet Captain, Terry Rapp, for running the show and to Dennis Lojek for the scores. Jim Flach, Victor Oberg, Skip Lippincott and Rob Seidelmann are to be thanked for their support as well.

Thanks to Jim Flach for his pictures in the link below:
http://regatta.smugmug.com/2013-RC-Laser-Shamrock-Regatta/ 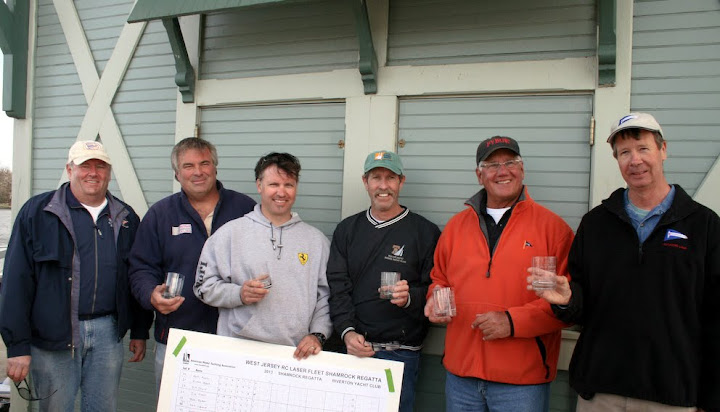 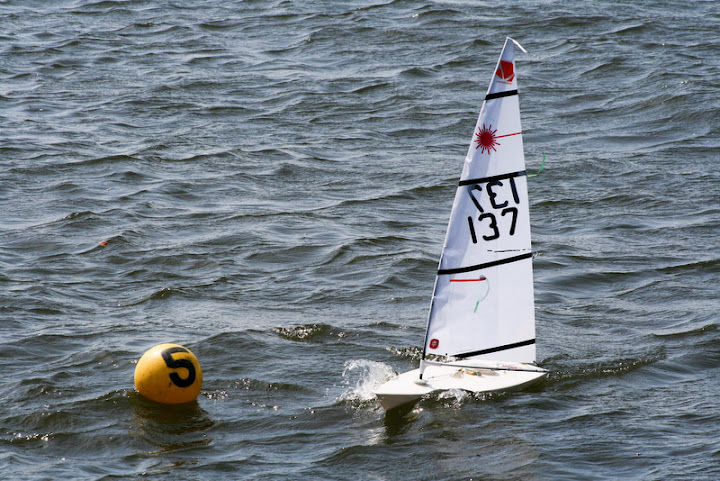