First sailed in 2012, the Hangover Cup has always been a little different. This year marked the 10th annual Hangover, having been sailed in 11 different locations. How’s that you say?

The 2021 Hangover Cup for RC Lasers was completed on January 16, after abandoning January 2 after two races and no wind. Maintaining the tradition of sailing in a different location every year, the Hangover was originally planned for Silver Lake in Raleigh, but events conspired to preclude sailing there on January 1, so the Hangover was moved to Lake Crabtree’s boat rental docks on January 2. We did hold the Hangover on Lake Crabtree once (2017) at the cartop boat launch area where the club usually sails.

13 boats started at Lake Crabtree. Conditions were bright, clear and warm (for January) with a little breeze at the start, but the wind faded after two races and never came back; after watching motionless boats for an hour, we decided to take it up again on another day. That day was January 16, when 10 boats continued the Hangover Cup at Silver Lake. Silver Lake is a great venue for model yachts, big enough for good racing with the ability to set a good windward- leeward course to accommodate a range of wind directions. The water can be accessed via low docks or beach, and sailors can easily follow their boats for the length of the course.

The weather was 40 degrees, cloudy and breezy with dramatic gusts and shifts every few seconds; the sailing was challenging. The sailors went from A rigs to B and back again, sometimes with a mix of both on the course, and a C sail was seen in one race. Occasionally the clouds would part and reveal a blue sky, but as the last race was wrapping up the fleet was treated to some light freezing rain. Good timing!

We completed 9 long two-lap races on Jan 16 and continued scoring to include the two races sailed at Lake Crabtree. Because of the gusty, shifty conditions, the fleet was more spread out than usual. There were 14 different sailors in all, but a few of them missed either the first or second day so they are scored DNS on the day were absent (this explains high points for some).

Thanks are owed to Silver Lake resident David Sinodis for making it possible to sail at the private lake, and to Skip Allen for scoring and keeping RD Rick Ferguson honest – and not least to everyone who came out to race on a winter day. It couldn’t be done without you all. 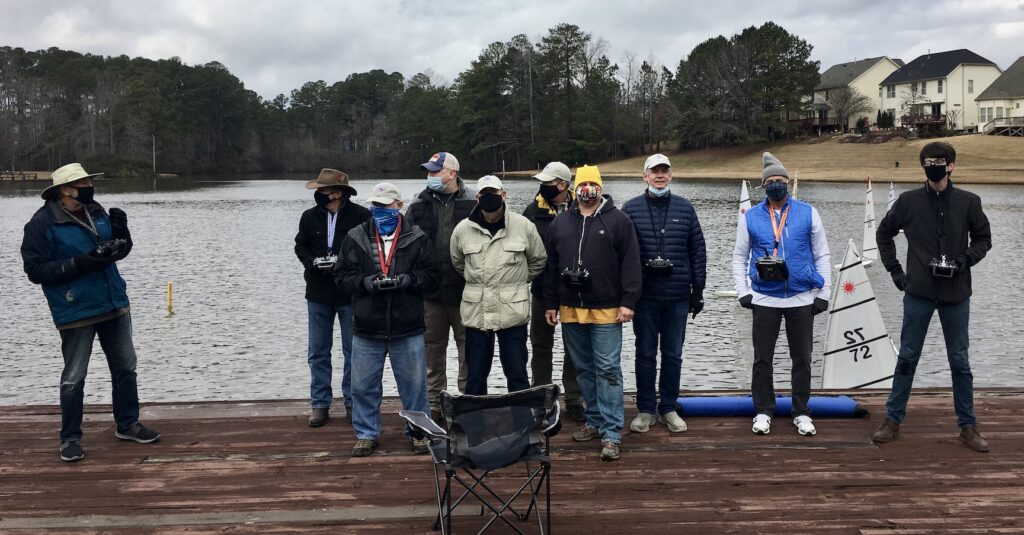 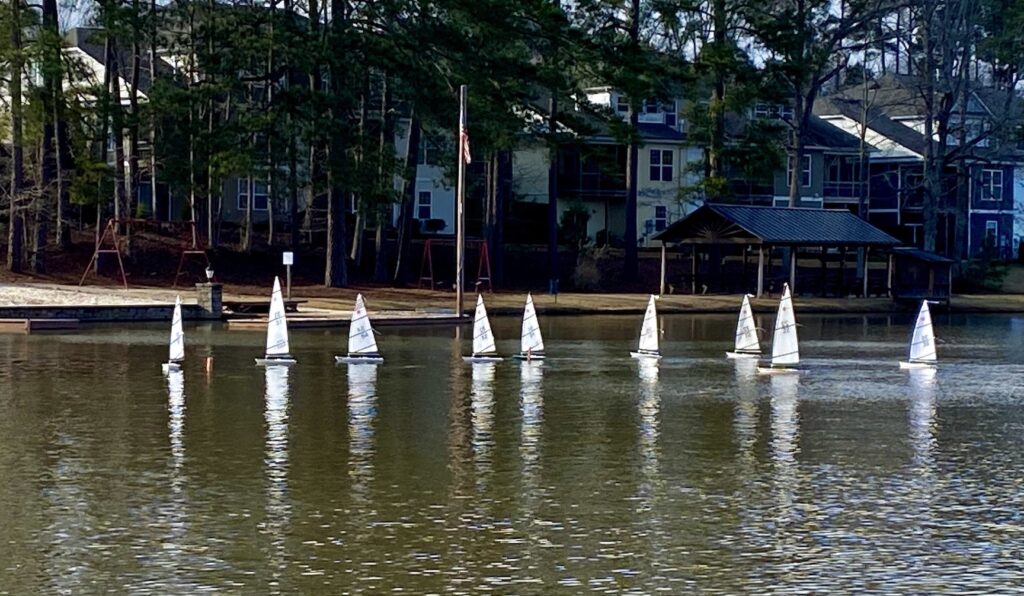