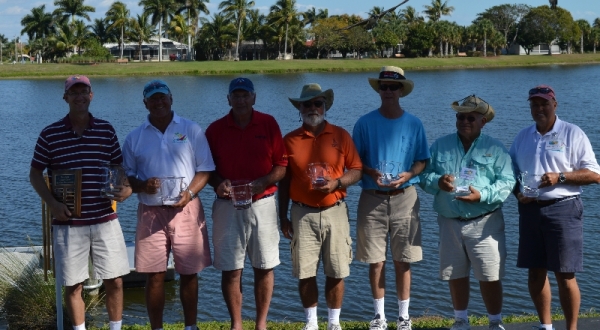 The Marco Island Midwinter Championship, 2014 version, also belongs to Jim Kaighin from the Bahamas. Jim picked up Sunday where he left off Saturday and continued to open his lead on the rest of the field to win his 5th Midwinter Championship. Jim’s lead in the end was by a margin of 32 points over 20 competitors in 16 races sailed, and he had a third as one of his two throw outs. A terrific performance after missing the first seeding race.

For the rest of us mortals, it was a tight regatta with 2nd through 8th places all up for grabs throughout the regatta. Twelve points separated 2nd through 8th place in the final tally. When the dust settled Dave Branning nosed out Nick Mortgu by one point to secure 2nd place. Nick, who participated in all three Snowbird Series Regattas, was the most consistent over the three regattas with a 1st in SE Florida, a 4th at Punta Gorda and a third in Marco Island. Jack Ward (who also competed well in all three Snowbird Series regattas), finished 4th one point over a fast closing Harry Henkel, from Easton, MD, who moved from 8th to 5th on the last day. For Hank Buchanan, who finished ninth, it was his 11th Marco Island Midwinter participation in a row while four newcomers added to the 20 boat fleet this year. Fifteen year old Lindsay Kaighin, from Sarasota, spent quite a few races in the A fleet and finished 12th overall while Theresa Rae Gay, from Sail RC, finished first in the adult women category.

Regatta Chairman, Rocky Cale, as well as Marco Island Laser Fleet Commodore, George Domenech, along with the host fleet, are to be thanked for hosting such a wonderful annual event. We also appreciate the great support and sponsorship of the Parks and Recreation Department of Marco Island. On the race management side, Dave Brawner, President of the American Model Yachting Association, adroitly ran the races along with Dave Dumas and Harvey Spriggs calling the buoy roundings and the finish. Mary Lee Cale, who keeps the details of this event all tightly organized, provided the instantaneous scoring and results. A great finish to the first ever three regatta Florida Snowbird Series. For those of you still shoveling the driveway, you might want to get on the early registration bandwagon for the 2015 Snowbird Series. 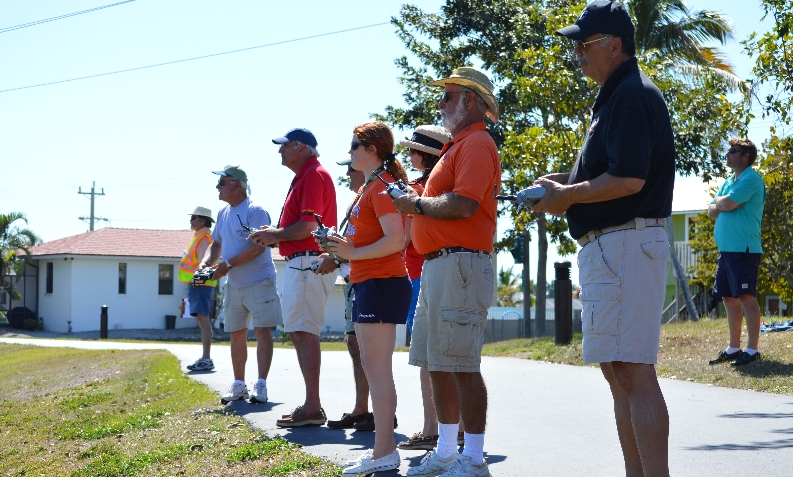 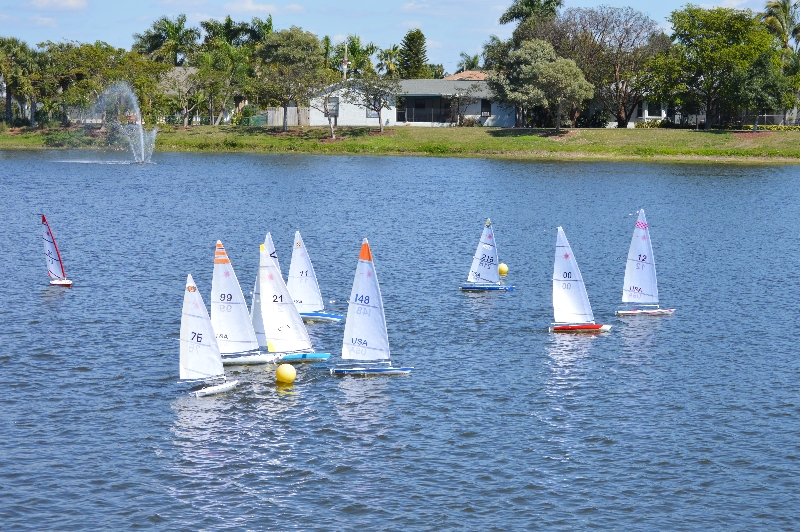 Seconds after a clean start