RC Laser advocate and Fleet Captain Rick Ferguson prevailed in moderate conditions to win the 9th Annual Hangover Cup for the first time. Said Rick as defending Hangover champion Michael Roberson handed over the cup, “I thought I was never going to get my name on this thing!”

The informal Hangover Cup is traditionally held on New Year’s Day, in a different location each year, to get sailors out of the house during the holidays. This year’s location, Raleigh’s Lake Wheeler City Park, was closed on January 1, so after a first attempt when there was no wind, the event was finally held January 4.

The weather forecast predicted clouds, with drizzle that would abate during race hours, with steady SW winds around 10 mph, and this is how things turned out, with lighter winds at first increasing as the day went on. Some skippers briefly tried A rigs but quickly reverted to the B sail for better control. As the wind and chop increased to perhaps 12-15 mph, the C rigs came out, some changing back and forth according to conditions. The distant windward mark strained eyesight, especially when the sun got low; the windward-leeward course was parallel to the dock and about as practicable for sailing from that position. It was a challenge to keep one’s boat moving instead of stalling in an undetected lift. Some even managed to get in irons with B and C sails.

As is the way at most regattas, some things would go one’s way and some not. You wanted to get good starts in clear air, go to the favored side, and to avoid trouble. The fleet is indebted to Andreia Dege for recording finishes and Tom Rummage for helping with marks. Rick denies any shady business with the results, which were calculated on his tablet with the A-Fleet app. There are no throw-outs at the Hangover Cup, and no awards except the winner’s name engraved on the perpetual trophy. 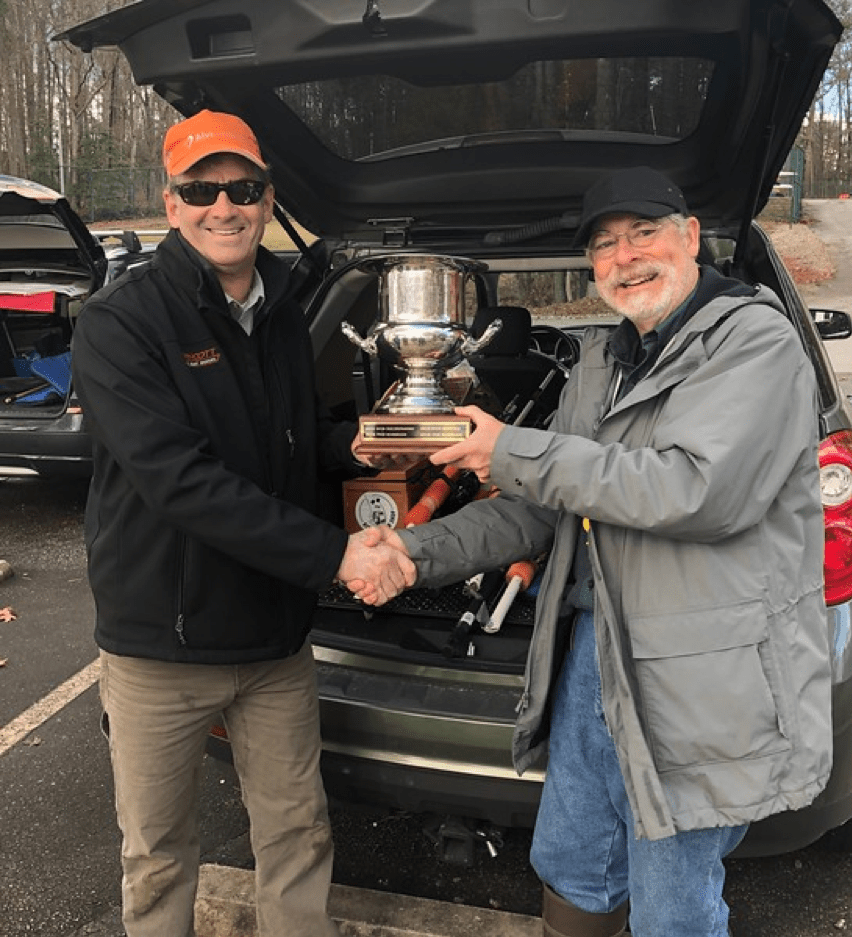 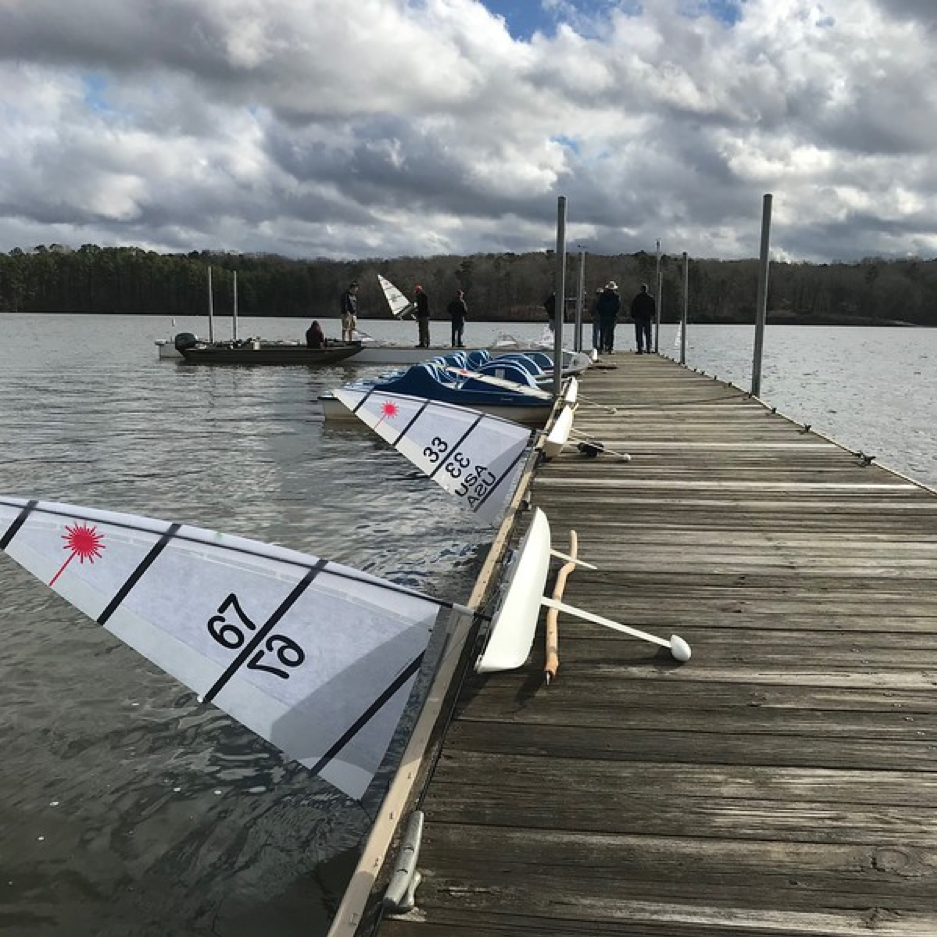 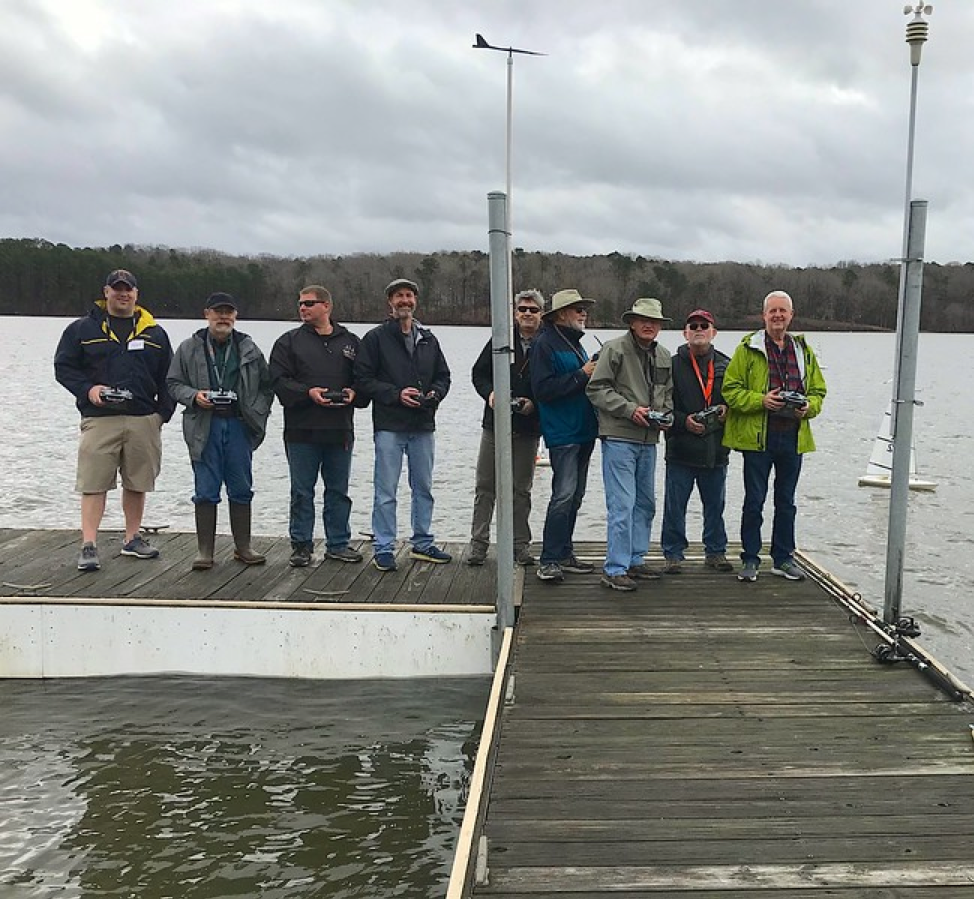