Sailing at Lake Crabtree, venue for the Triangle Model Yacht Club, in Raleigh, NC is often challenging. This regatta would prove that. Twelve skippers eagerly arrived early to sail in winds forecasted to be in the 15 mph range gusting up to 25. Given that, with B and C rigs at the ready, the first race was sailed with A rigs. The forecasted winds then switched on and the fleet went to B rigs. Tom Rummage jumped to an early lead, but was passed by Bob Szczepanski by the end of race 4. The two separated themselves from the fleet and at the lunch break, after nine races, Bob held a 5 point lead. C rigs were necessary on several of the morning’s races and Tom’s ability to pick the correct rig kept the scores and finishes tight.

After enjoying “build it yourself” deli sandwiches with all the fixings, 10 more races were sailed. The afternoon winds hit the full forecasted range and each race teetered between B and C rig choices. Again, Tom’s ability to use the right rig at the right time and consistent sailing gradually diminished Bob’s lead. By the end of 18 races Tom was only one point behind Bob. In the last race Tom’s persistence paid off. While Bob led the fleet closely followed by Tom, an entanglement with a non-course buoy sealed the deal and Tom finished first tying Bob with 44 points each. After throw outs, Tom had a two point win to take home the Carolina Cup, known by TMYC members as the coveted “C” Cup. Carl Olbrich won two races to take home the third place trophy, and Michael Roberson and Cothran Harris each won a race.

Thanks to Jim Bray for calling the line, Gerry Cobley and Karen Szczepanski for scoring and again to Karen Szczepanski for catering lunch. A special salute to each skipper for participating. A portion of each entry fee (a total of $100.00) will be donated on behalf of TMYC to the Alzheimers Association of North Carolina.

Editor’s note: I’d like to express our appreciation to Bob and Karen Szczepanski who pretty much organized and executed the regatta single-handedly. Thanks for a grand day! 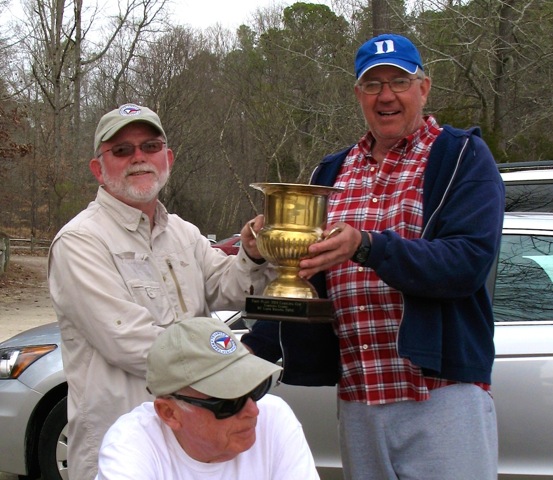 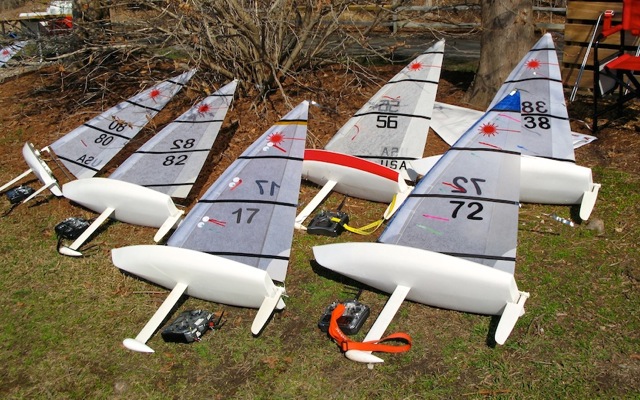 Must be time for the Skippers Meeting